After revelations from eNCA that Thamsanqa Jantjie who is being treated for schizophrenia, has also faced a series of criminal charges including rape, murder, attempted murder and kidnapping; the focus has now turned to who is responsible.

The African National Congress released a statement on Dec 12 acknowledging they have “utilized the services” of Thamsanqa Jantjie but did not confirm in what capacity.  In the same statement the ANC denied any involvement in the use of Jantjie for The Official Memorial Service for President Mandela claiming it was “organized by the State and not the African National Congress”.

The Sunday Times interviewed Bantubahle Xozwa, the ANC’s religious and traditional affairs desk head who claims that Thamsanqa Jantjie was employed as an administrator and facilitator in his company, South African Interpreters. But said “Thamsanqa is not an interpreter,” “He was interpreting at the memorial service in his personal capacity.”

Looking past the doublespeak in Bantubahle Xozwa’s interview Jantjie had already told Talk Radio 702 in an interview “I am a senior interpreter with SA Interpreters”. In the same interview Jantjie confirmed that the ANC hired him for The Official Memorial Service for President Mandela with no mention of government involvement.

A facebook profile for the name Thami Jantjie with identifiable photos of Thamsanqa Jantjie indicates he is friends with many people in the ANC and the Government of South Africa. 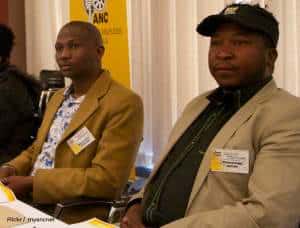 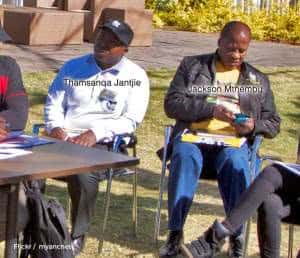 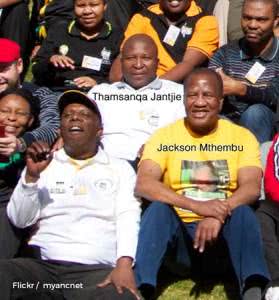